Lime, Living in the Mind's Eye

Great Places to Be 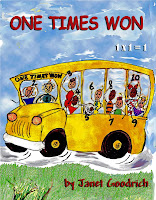 One Times Won is a wonderful belly grabbing, rolling on the floor, giggling way to learn multiplication-using mnemonics, a skill we use everyday from childhood to adulthood to trigger memory with mnemonics.
You will see your child realize the magical moment of imagination!
Plus, One Times Won tells your child that learning can be fun. 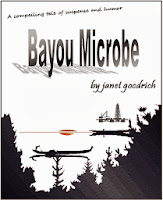 Bayou Microbe, a novelette by Janet Goodrich, is a compelling tale of suspense and humor that unfolds near the mouth of the mighty where it dumps into the .
Armand and Celeste LeDay 's centuries old lifestyle dramatically changes when the marshland is invaded by globs of oil from a spill and the environment is infected by its saviors.
The marsh is saturated with oil-eating-microbes and when they won't eat up the chemicals fast enough, their inventors create inducers and stimulate the little bugs. Then, the microbes get hungry for a little more than oil, while unaware Armand and Celeste lovingly banter about his Catahoula Cur.
I sure hope the control doesn't eat the control because as Johnette says: "If we can't flit 'em, whatta we do?"   But Johnette thought "...only God made bugs."
Posted by Unknown at 12/02/2014 11:15:00 AM